The Temperature in a Slow Cooker? Differences Explained

Not boiling, not warm, and not cold, that’s the way of the slow cooker. But what is its temperature then? What is the temperature that slow cookers cook at? Why are they recommended as a healthy and safe option? And is it such a big deal?

Table of Contents hide
1 Not boiling, but still safe?
2 Keep warm, low, and high?
3 Temperature differences in slow cookers
4 How to test the temperature in your slow cooker?
4.1 Infrared test
4.2 Wireless test

Let’s take a look at them in closer detail below.

But before that, let me give you the short version of the answer.

Now, if you are interested in a bit more information or want to look smarter in front of your family at the dinner table, read along.

Not boiling, but still safe?

Low and slow, that’s the game we play here. My grandma used to say that everything has to boil before you get rid of the nasty bugs.

She might not have been 100% right, but then again, she lived in a completely different world and century.

The truth is that you are doing the same thing with a temp just around 140°F (60°C), but at that point, you are more or less keeping the food warm, not cooking it. Yes, it kills some bacteria in it, but it is not something you would want to bet your life on.

So in the slow cooker, you keep the preset temperature for an extended time to slowly but surely cook through all its mass.

These are the most common settings you can find on pretty much any slow cooker. But what do they mean?

Keep warm is self-explanatory. It keeps your food warm, so you can eat it whenever you would like to. In general, the temperature is set to 140°F (60°C), which is also the perfect food temperature for most people.

Of course, I am talking about a proper meal, like a dish with meat or soup or something like that. You don’t want to keep your cake warm for extended periods, mostly because it would lose the majority of its moisture.

And now to the most exciting part. The difference between Low and High settings.

I would love to tell you that the difference is in the temperature, but that’s not the case.

Surprised? Well, I was when I first learned about this.

The main difference is when the slow cooker reaches temperature right below the boiling point, called the simmering point, about  210°F (99°C).

Do you remember all those little bubbles on the sides of your slow cooker? The ones you get so worried about, but you are super cool with them in a standard pot on a stovetop? That’s your slow cooker hitting the simmering point 210°F (99°C).

Usually, it takes about 7 to 8 of cooking on low to get to that point. And around 3 to 4 hours of cooking at a high setting.

But why have I mentioned that there is a difference in temperature at the beginning of the article?

Now this ‘extra’ heat provides the speed increase needed to get to the simmering point faster. This is the reason, why most slow cookers and recipes state, that you need 8 hours on low to get the same results as with 4 hours on high.

It is only about speed. The hotter the slow cooker heating element gets the quicker it reaches the simmering point.

Higher temperature doesn’t mean that your dish will be cooking more intensively, just faster. If you think about it it makes sense, as the slow cooker is not sealed tight, like an instant pot. So there is no way for it to reach a temperature higher than the boiling point, as the liquid changes its state to vapor at that moment and tries to escape. 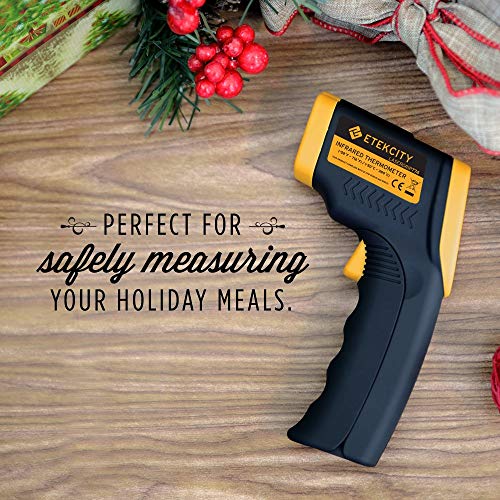 How to test the temperature in your slow cooker?

In any case, the test is pretty simple. You will need your slow cooker, electric outlet, a bit of water, and time.

Note: If you are testing an older model, please make sure that the power cable is not damaged in any way before you plug it into an outlet. It can cause all sorts of mischief, from overload to sparks and fire.

To the test itself:

Fill up your slow cooker pot to its standard limit – recommended by the manufacturer, put it into its base, connect in your power cable, cover with a lid, set program, and start.

Now we will do this for all the settings, so do this throughout a couple of days or have enough time in one day for the testing.

Note 2: Since we are trying to determine if the slow cooker performs correctly, we have to have some basic parameters. In this case, it is the amount of water we have in the pot and the slow cooker’s temperature, and it should be at most room temperature – that’s why it is essential to leave it to cool down after each test.

We are looking for time in which the slow cooker reaches the simmering point:

And follows the setting that we have defined at the beginning of the test.

Now how do we go about the test itself? Well, pretty much any food thermometer. My preferred choice for this would be either an infrared one or this wireless remote.

Both of them are better for something else, and it depends on you which one you prefer. I can say that the digital infrared thermometer is slightly more variable in its usage since it is a good fit for a quick and easy check of the surface temperature of your food or car motor.

If you are thinking about doing more tests or learning how to make the perfect steak, then the second option in the form of a wireless thermometer is the right choice for you. A lot of functions, wireless connection, and almost perfect temp reading. What else would you want?

As the infrared is your choice, do keep in mind that as you take off the lid, you will lose about 10-20 degrees. So add them to the number your thermometer shows.

As the hour comes, power up your thermometer, grab a lid, carefully remove it – so you are not hit by extremely hot vapor, and point your infrared baby on simmering water. You should get a good reading on the water temperature.

My preferred infrared thermometer is this one from Amazon.

This is a bit easier and, I do believe, also a more accurate way of determining the temperature of water in a slow cooker. This particular thermometer from Amazon has an accuracy of the 1.8°F (1°C), which is not only super impressive but also handy in this case. Again, don’t worry about a cable running from the probe to the base, as it is made to withstand quite a bit of heat.

In this case, you can “boil” the probe in the water while watching live how the temperature rises. In the end, you will get exact information about the water temperature.

Now, since nobody is perfect, you might want to overlook a small temp mistake here and there, as the temp might not be totally on the spot in your particular slow cooker.

But don’t be too tolerant. A degree here and there is acceptable, but if you get something like 15 degrees and more by the end of the timer, there is something wrong with your slow cooker, and you should either return it as faulty or be super careful while using it.

By the way, it is not a bad idea to do this test once a year to check if it is your slow cooker deteriorating or not.

Hope this answered your question. If you are interested in more general information about slow cookers, check out my article here.

If you are interested in a general overview of home cooking techniques and skills have a look at my article here.

Do you have any suggestions or some special way of checking the temperature in a slow cooker?

6 responses to “The Temperature in a Slow Cooker? Differences Explained”