SOLVED! Why Does my Slow Cooker Smell Funny?

Slow cookers are a convenient way to cook food without watching it constantly. However, sometimes they can smell funny. There are a few reasons why this might happen and ways to fix the problem.

But first, let’s talk about the most common situation.

The smell emitted from a slow cooker is usually caused by the condensation of moisture on the inside of the appliance. The water droplets mixed with the heat and spices can create an unpleasant odor. This issue can be minimized by adding more liquid to the recipe, keeping the slow cooker lid slightly ajar, or cooking on a higher heat setting.

When your slow cooker smells terrible, there can be a few reasons why.

The food might have been cooked for too long, or the slow cooker might not have been appropriately cleaned after being used.

If the smell is coming from the slow cooker itself, it could be because it needs to be cleaned or because the knob on the front is dirty. If you’re not sure how to clean your slow cooker, a few tips below can help.

What to do if your slow cooker smells terrible?

First, try filling the slow cooker pot with water and adding a cup of vinegar. Turn it on high for about an hour, then let it cool down. Pour out all the water with vinegar. Next, use a soft cloth to wipe down the inside and outside of the slow cooker. Be sure to get into all of the nooks and crannies to be completely clean.

If that doesn’t help, try to do the same thing with water and dish soap. I would try to avoid anything more aggressive, as it might later leech into your food and make you feel sick.

Finally, dry off the slow cooker and put it back in place.

How to prevent your slow cooker from smelling bad?

Slow cookers are a convenient way to cook food, but they sometimes smell bad. This is often because the slow cooker isn’t being cleaned properly. Here are a few ways to prevent your slow cooker from smelling bad:

All these tips apply to slow cooker pot only. I am highlighting this here to be extra apparent. Please do not use excessive water between the slow cooker pot and its base. Your slow cooker doesn’t need water in the bottom, as explained in my article here.

If required, clean the base with a wet cloth or kitchen towel, but make sure there is not too much water left and dry it up thoroughly.

Foods that can make your slow cooker smell bad

Some foods you might cook in your slow cooker can make it smell not lovely. Foods like fish, cabbage, and broccoli can cause the slow cooker to have a bad smell. If you notice that your slow cooker smells terrible, try cooking a different type of food in it.

Finally, if you’re not careful about what you put in your slow cooker, it can start to smell musty.

How to clean a smelly slow cooker?

If your slow cooker smells terrible, there is probably a good reason. Leftover food, spices, and cooking oil can cause an unpleasant odor. Here are some tips on how to clean a smelly slow cooker:

How to deodorize a slow cooker?

If you’ve ever had to clean up after a slow cooker meal, the smell can be unbearable. Luckily, there is a quick and easy way to deodorize your slow cooker:

The baking soda will act as an abrasive, breaking down the odor molecules in the food. Use this method to deodorize your slow cooker, but don’t use it on the same day you plan to cook the food.

Sometimes your slow cooker can smell like burnt plastic. Why does this happen, and is it dangerous?

There are a few reasons why your slow cooker might smell like plastic. One possibility is that the seal on the lid is not tight enough, and hot air is escaping from the pot. This can cause the plastic on the cover to melt and give off a strong odor.

Another reason might be that some slow cookers are made with a plastic liner that can give off a strong odor when the cooker is first used. This odor is caused by the release of fumes from the new plastic. The fumes will dissipate over time, and the smell will go away.

While this may seem like a deal-breaker, there are a few ways to prevent the smell from happening in the first place and get rid of it if it does occur.

The first thing to do is unplug the slow cooker and allow it to cool for a few hours. The next step is to wipe down the cooker’s inside with a damp cloth. If the odor persists, put some baking soda in the pot and let it sit overnight.

One more reason why slow cookers might smell like plastic is that they are made with polypropylene, which is a type of plastic. When the cooker heats up, it can release fumes from the plastic that smell like chemicals or burning plastic.

This problem can be avoided by using a slow cooker made with ceramic or stainless steel instead of polypropylene.

If your slow cooker already smells like plastic, there are several ways to get rid of the odor described above. All tips can be used for most unpleasant smells that can linger in your slow cooker. 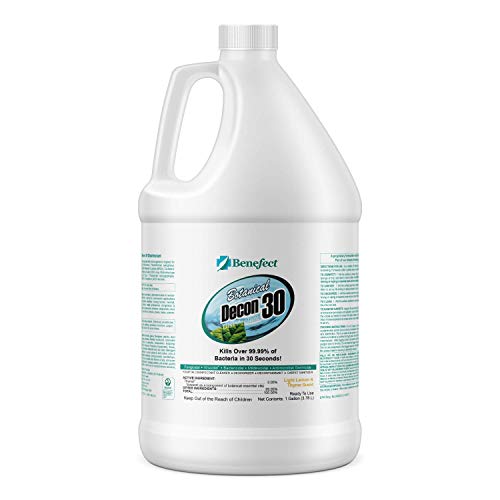 How do I get rid of mold in my slow cooker?

Mold can be a bit of a pain to get rid of from any surface. Still, it’s especially tough to get rid of mold from a slow cooker because the environment is so moist and warm.

If you’ve ever had to resort to using a bleach-based cleaner to get rid of mold from your slow cooker, you’re not alone.

Suppose you cannot find a natural, non-toxic way to remove mold from your slow cooker. In that case, you might consider purchasing an inexpensive slow cooker cleaner that contains bleach. This type of cleaner is usually available in most grocery stores it is often found in the cleaning supplies aisle.

To help you with this, I have found you the natural solution and slow cooker cleaner, both of which you can get from Amazon.

What is a white residue in my slow cooker?

Slow cookers are a time-saving kitchen tool that many people swear by. But what could be causing a white residue on the inside of your slow cooker? Here’s what you need to know.

If you notice this happening to your slow cooker, there is no need to panic. Remove any offending items and give the slow cooker a good clean before using it again.

The best way to prevent this problem is by cleaning the inside of your slow cooker. Instead of leaving food in the pot after cooking, remove it straight away and wipe it down with a damp cloth before storing it.

If the problem is with your slow cooker and not the food, it is likely due to a build-up of residue left in your pot. You can remove this by giving it a good scrub with a nylon brush or vinegar and water to clean it thoroughly.

Suppose you are still having issues with corrosion. In that case, it is probably best to remove the slow cooker from your kitchen and have a professional clean your cooker.

Previous post : How does an Air Fryer Oven Work | Everything you need to know
Next post : 10 Ways to Use Up Leftover Slow Cooker Juice